Hwa-Rung KATA: Red Stripe Pattern:
Is named after the Hwa Rang youth group which originated in the Silla Dynasty in the early 7th century. This group eventually became the driving force for the unification of the three Kingdoms of Korea. The 29 movements refer to the 29th infantry division, where Tae Kwon Do developed into maturity. 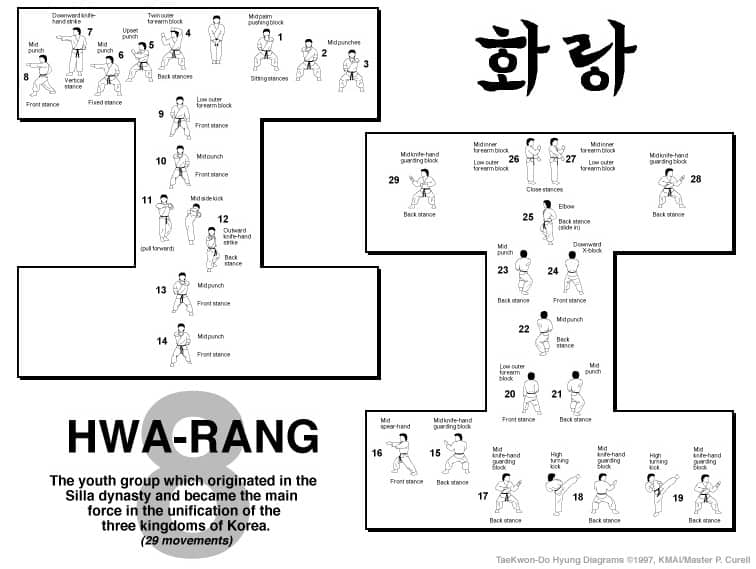 Twitter Facebook-f Linkedin Youtube
Manage Cookie Consent
To provide the best experiences, we use technologies like cookies to store and/or access device information. Consenting to these technologies will allow us to process data such as browsing behavior or unique IDs on this site. Not consenting or withdrawing consent, may adversely affect certain features and functions.
Manage options Manage services Manage vendors Read more about these purposes
View preferences
{title} {title} {title}